Campus Gränna AB owns and manages the buildings in which Jönköping University conduct their activities. Our buildings are used for educational and administrative purposes, as well as for student accommodation and dining. Several of the buildings have high historic value. There are no longer any international boarding school at Campus Gränna!

Grennaskolan, (spelled Grännaskolan until 1995) was a boarding school in the Swedish town of Gränna which was formerly one of Sweden’s three national boarding schools. The main building, Borgmästargården, dating from 1797, was situated beside Gränna’s main square and surrounded by a large garden with a view of Grännaberget. Most of the school buildings and student dormitories were located on Bergsgatan. Grennaskolan was founded in 1963 by Stockholm University.

Approximately half the students at Grennaskolan were boarders and half were day students. The school had room for 145 boarders accommodated in six houses.

1963 – Grännaskolan opened on 5 September. It was conceived as a new and different type of upper secondary school. Grännaskolan would be an international school with a mix of students from Sweden and abroad, and with as many foreign teachers as possible. An intensive study format would be applied, with teaching in large groups and supervision in small groups. The head teacher for the first academic year was Ragnar Jacobson. He was succeeded by Sten Sarborn in 1964.

1965 – The first student graduated from the school at Christmas after 2.5 years of study.

1970 – Grännaskolan participated in the first official IB (International Baccalaureate) exam along with ten other international schools from cities including New York, Paris, Frankfurt and Geneva. However, Grännaskolan did not offer an IB programme again until 1995.

1974 – The foreign schools had to be closed down when grants to study at the school were abolished.

1995 – Grännaskolan changed the spelling of its name to Grennaskolan and introduced the International Baccalaureate Diploma Programme (IB), with all instruction in English.

1997 – The school became a municipal company owned by Jönköping Municipality.

2017 – Jönköping Municipal Council took a decision to close down Grennaskolan.

2018 – In conjunction with Campus Gränna AB taking over the buildings, Jönköping County Museum conducted an investigation to assess the school buildings’ cultural and historic value and characteristics. 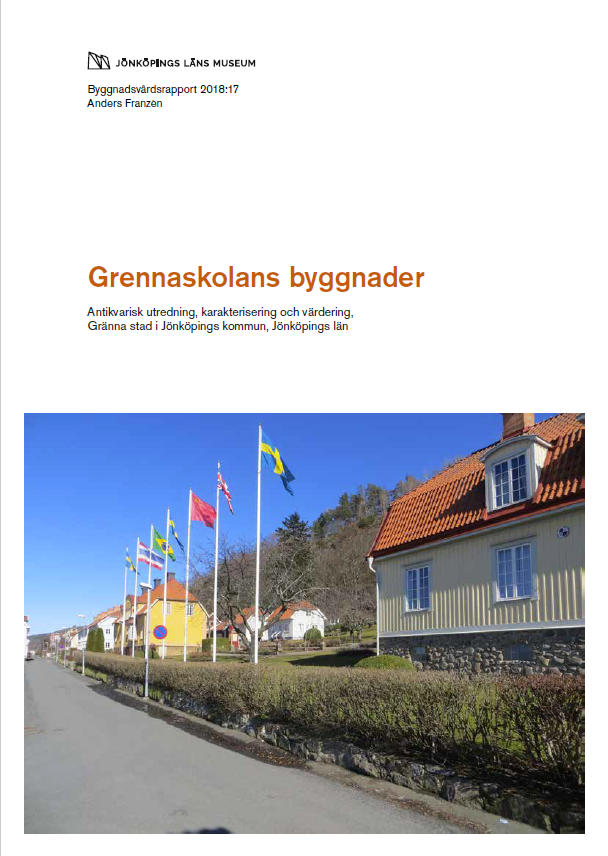 2019 – On 1 January, Högskolefastigheter i Jönköping AB purchased the buildings used by Grennaskolan via its subsidiary, Campus Gränna AB.

2019 -The last students will graduate at the end of the spring term, after which Grennaskolan will close. The Pathway Programme will continue to operate in Gränna, and aims to expand its number of international students.